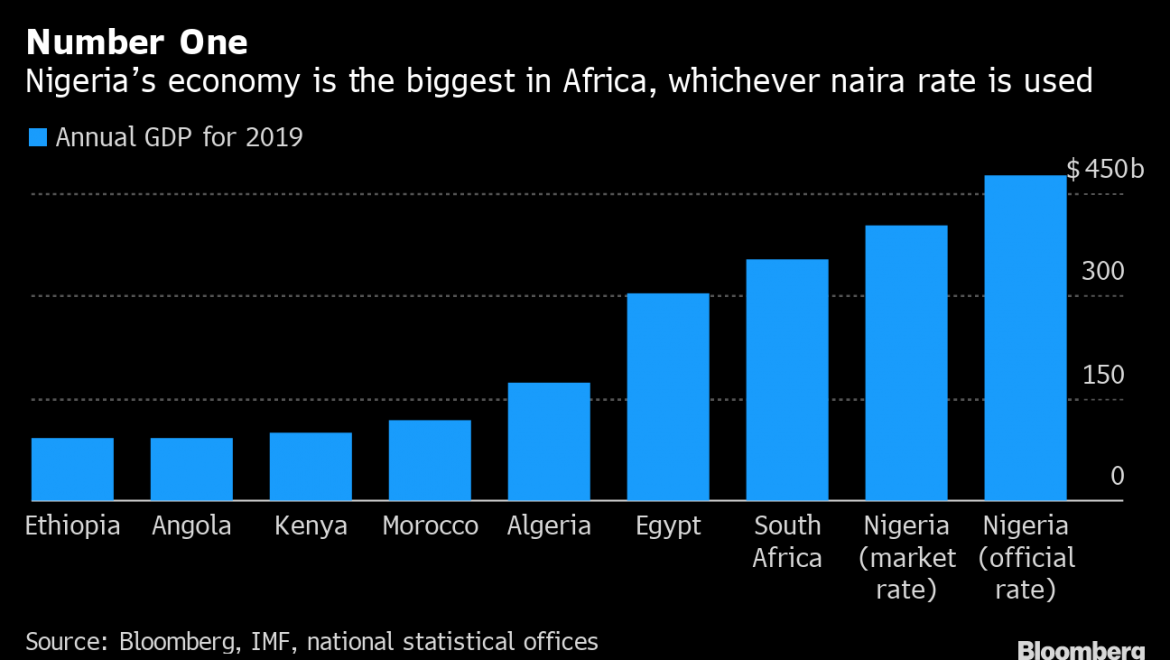 Nigeria powers ahead as being the largest economy in Africa. As if a recession wasn’t enough bad news for South Africa, it’s now confirmed as the continent’s second-largest economy.

The debate between the two largest economies in Africa, South Africa and Nigeria, has finally been settled.

Africa’s gross domestic product, is the biggest economy on the continent has long depended on which exchange rate you use for the West African nation.

But now both the official naira rate of 306 per dollar and the weaker market exchange rate of around 360 that almost all investors use put Nigeria tops.

Nigeria’s economic growth beat forecasts in the fourth quarter, helping its economy to expand the most in four years in 2019 as oil output increased and the central bank took steps to boost credit growth.

GDP in the West African country stood at $476 billion or $402 billion, depending on the rate used.